Driving Around the World - The Good, the Bad...

We think we have this driving thing all down pat. We can drive, drink a Starbucks, eat a scone, send a text message and veer across three lanes of traffic to make our exit all at the same time with no problem. Then we went on this trip and things started to get all crazy on the roads. It started right away in New Zealand where the steering wheel is on the wrong damn side of the car and you drive on the opposite side of the road. Ok, we can do this, just take it slow. My biggest problem was getting used to the position your body occupies in the road. At home, you're somewhere in the left side of the lane as you make your way down the road. That does not translate well when you're sitting in the right hand side of the car, as I would tend to drift to the left to adjust my body position and consequently start hitting the “wake up jackass – you're running off the road” warning bumps. That and repeatedly hitting the windshield wiper lever instead of the turn signal seemed to be the biggest challenges. Six weeks later though, we were doing just fine. 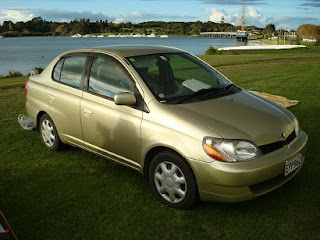 Australia brought no new major challenges. Just toll roads that you don't really know are toll roads unless you happen to spot one of the miniature signs as you are searching wide-eyed for your exit, rolling through Melbourne at 100 kph. Their toll roads are extra fancy there. Registrations for cars are put in the front corner of the dash, so as you whiz under the overpass that is loaded with cameras and sensors, they take a photo, id your vehicle and bill your account. Fortunately you can go online and pay the tolls fairly quickly and easily. But make sure you do it within the three days you're allotted or you start racking up fines. Sweet. 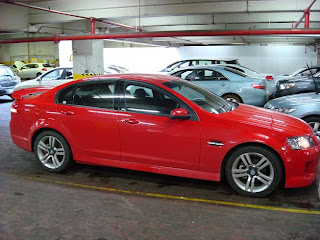 Bali was the same in that you're on the wrong side of the car and road. Different in the fact that there is nothing fancy, sophisticated or “ahead of the game” having to do with driving. Lanes, red lights, speed limits, seat belts, seats and all other rules seem to not really apply. The two lane road, once you get to a red light, turns into six lanes as people ready themselves for the drag race start. Of course, the one day that we rent a car I pull to the side of the road so that Courtney can run into a store across the street and a motorcycle cop blips his siren at me to get moving. Why they gotta pick on the foreigner? In addition to the apparent lack of any traffic procedure there are now also hordes of motorcycles. Or more appropriately what we would refer to as scooters. They're everywhere, they run through any space they can fit through, they beep their horns at everything, and they're used as U-Hauls and minivans when needed. The amount of people and cargo you can fit on a scooter will boggle your mind. 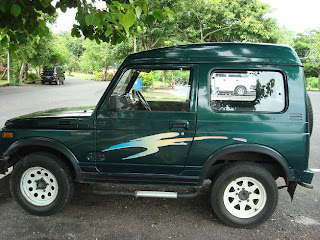 While we were in Malaysia we were on islands where no cars where allowed or in forests with no roads, so not much to report from there. The bus drivers do like to treat the highways as their own personal Daytona though. And when might has right, most people get the hell out of the way.

To be continued...
Posted by Courtney and Jeremy at 3:44 AM