Australia - The Oys and the Noys

1)The Great Barrier Reef. Not much more needs to be said. We saw countless sea turtles, lagoon rays, funny furry looking pineapple sea cucumbers, fish of every color and size including lots of Nemos (but the most impressive was a HUGE bright green and turquoise Mary Rass, which of course we didn't get a picture of), beautiful coral forests of every imaginable color and texture, and even a few barracuda and sharks. The scuba diving experience we had was something we'll never forget. We're just hoping we didn't blow our wad by starting with the best first!
2)Beautiful beaches all along the east coast. Soft, white sand and crystal clear water. Unfortunately we weren't able to swim in the ocean until much further south, due to the box jellyfish that migrate through that time of year (their sting can be fatal). But the saltwater lagoons found in many towns' squares serve as a terrific replacement.
3)The wildlife was so different and impressive.....kangaroos, wallabies, penguins, emus, koalas, kookaburras, large monitor lizards, and the constant background music of every kind and color of bird imaginable.

Though we only experienced a small portion of Australia, and would like to check out the outback and west coast, it will probably be a long time before we head back here. There are so many other places to tackle before giving OZ another shot! 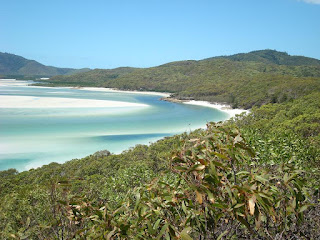 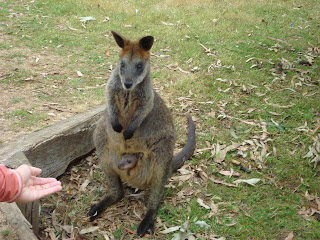 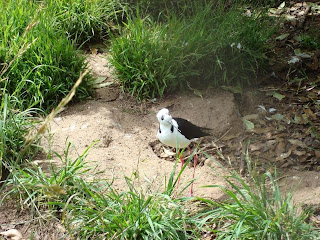 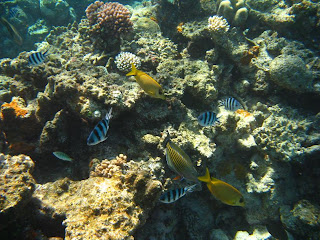 Posted by Courtney and Jeremy at 8:36 PM

That bouncer pisses me off! I'm ready to rumble.

Uh, ya - so was I. I don't ever recall having tried to go after a bouncer before. Typically not a recommended course of action. This guys was 100% a-hole and over the line though. Let's just go with thought that the guys was lucky...

I loved your pictures with different animals! Very cute!